Last weekend the Halloween festivities continued. But first, on Friday, was

jedimentat's former roommate's birthday at Stuff Yer Face down in New Brunswick. I hadn't been there in nearly a decade, or to any establishments in the town itself since going there with

fmrflyboy right before the place built out of Cafe Newz burned down. 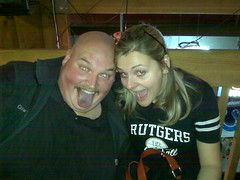 sir_agravaine, and those who lack journals were in attendance. Somehow, over the course of the evening, I got talked into turning my back on eleven years of shunning TMT. *shudder* After dinner we wandered around town for a bit, seeing all that had changed since I last really spent time there. I practically lived there through high school and right after college, yet hadn't been back in far too long.

whymercy's Halloween party, which had a Gilligan's Island theme.

jedimentat and I had discussed dressing as Dharma Initiative employees to go with the television island theme, but ended up just dressing up as tourists from the second movie when it was turned into a resort island. It was chilly, so we ended up looking like flashers between parties. I also managed to help her wear her contacts for the first time since she got them, then taking plenty of Melange themed photos of her eyes. 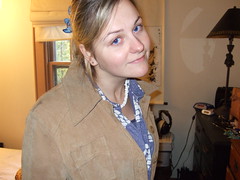 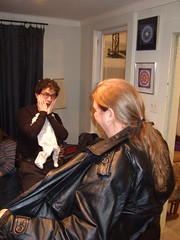 Rest of the weekend's photos have been added to the Halloween set on Flickr.
Boo for the stem cell vote not going through.
Starting the weekend early. Gone fishin'. Or just taking days off, exploring the city, and trying to catch up on BSG before Razor. Whatever.
Speaking of getting caught up on shows, as of Tuesday night I am now finally up to speed on that LOST show people were telling me to watch for years. I can no longer get spoiled by teh intarwebs or people. It's great to finally be able to discuss it with people without having to cut them off or preface any discussions with a warning of where I am.
Collapse