Okay, I might have made that last one up. But she does love when he flies around.

Hey LJays, I know I haven't posted since February, and haven't posted anything of any substance since well before that. Hell, I know far more people will see this through Facebook than LJ itself.

Things have been crazy for us. But if you want a drop in the bucket of all that's gone down, I recommend you go read my wife's awesome posts about our honeymoon.

I still have yet to tag and properly organize my pictures, but

jedimentat convinced me to just make them public anyway, a digital mess or not. You can find them over here. And here's a few highlights: 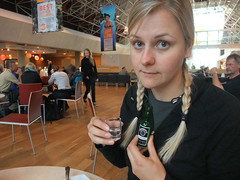 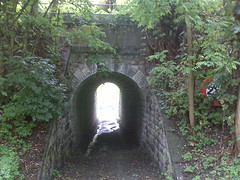 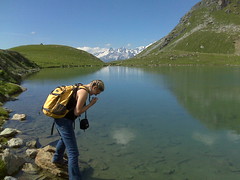 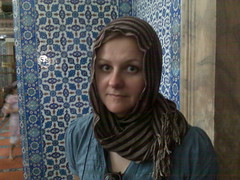 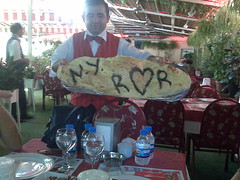 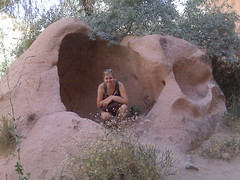 shmivejournal: it's cool that you can juggle obsessions
(4:55:12 PM)

shmivejournal: lj is on the way out but you'll never delete your account
(4:55:41 PM)

shmivejournal: kevin smith leveled off a while ago

Open to: All, detailed results viewable to: All. Participants: 27

Is it acceptable to have your Twitter updates posted to your LiveJournal?

Is it acceptable to have your LiveJournal updates get twittered?

Is it acceptable to have your LiveJournal updates get posted to your Facebook wall/notes?

Will the last person left on LJ please turn the lights off?

Currently I regularly use:

Is my little santa hat icon next to my LJ username dope?

My rule on this? If you have your Twitter activity automatically posted to your LJ on a daily basis, and you have your LJ updates automatically Twittered for you, and you don't post for a few days yet the two services keep on notifying back and forth every day and even killing you won't stop the pointless spam? You're doing it wrong. Cross-promotion I understand, re-reading your intelligent commentary twice is no skin off my back, but an endless cycle of the two not saying anything new? Bad. 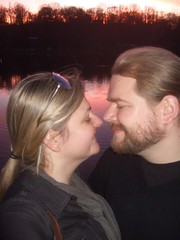 Wedding bands ordered! They'll be ready in a couple of weeks. They're bombdropular, and I can't wait to weld it on my finger for the rest of my life.

It's getting more and more real every day!

Working on wedding location and priest, invitations, and everything else.

jedimentat and I just finished watching Darkon, thanks to a recommendation from

petemagyar. We had previously seen Role Models, which contained quite a bit of LARP action as well, even if it was Hollywoodized.

Do any of you still LARP? Particularly fantasy LARPs? If so, is it all PVP these days?

Back when I was involved with administrating a LARP, a vast majority of the events were centered around PVE. Sure, players had conflicts with each other that led them to engage in combat. We had our race of shapeshifting demonic vampires that everyone hunted on sight that were populated by players, we had our players playing as the local militia and the mercenaries looking to apply pressure from a nearby government constantly fighting. But that was a small percentage of the action.

Most combats were between players and volunteers or players on "NPC duty". We'd come up with major plot events to happen over the course of the weekend, and the players would typically fight skeletons, orcs, bandits, etc. I'd round up a pack of volunteers and attack stragglers leaving the inn with a full belly on their way back to their tent or cabin, having skeletons march on the weak until they finally gathered a force to invade the graveyard. And while we had the one group of mercenaries representing a government who paid them to do so, most of the foreign military pressure was NPC in nature.

Talking with friends who took part in other LARPs during that time frame (1991-1998), this seemed to be the norm. But watching Darkon and Role Models (Hollywood or not), it seems that player vs player seems to be a more dominant theme. Is that something that changed, is it a regional thing, or what?

Sup, those half a dozen of you left on the eljays? Hot damn, haven't posted since October.

Tomorrow afternoon, I'm having my hair cut. Instead of the usual `trim off the split ends' I've been doing since I had a foot hacked off over a decade ago, I'm mixing things up a bit. Having had the same style for even longer than I've worked at

drewuniversity as a staff member, maybe it's time for change?

No, this isn't something

jedimentat's making me do. It was my idea. I didn't want to get a haircut until I had graduated from college and got a career going. Didn't know it would take me twelve years to graduate from college, but there you go.

I'm taking suggestions for my new style. Here are the ground rules:

miscca reminds me that I'm a horrible LJer, and haven't posted the good news.

jedimentat's journal, yet you still want to know what's going on in my life? She and I are engaged. 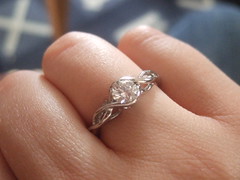 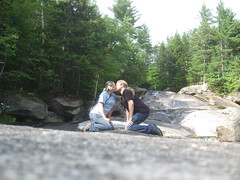 Now, to go downstairs for her family reunion, where the ring and I get shown off.